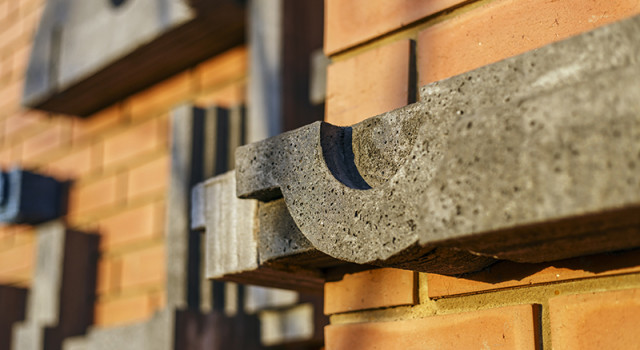 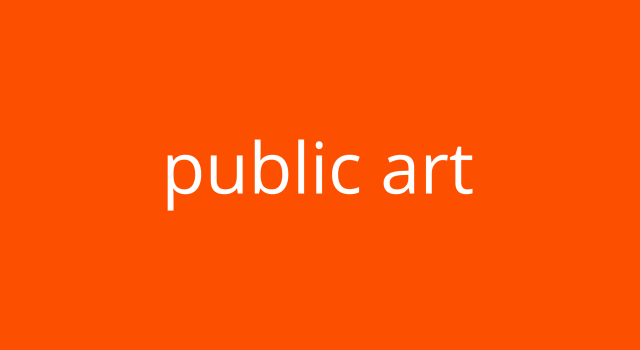 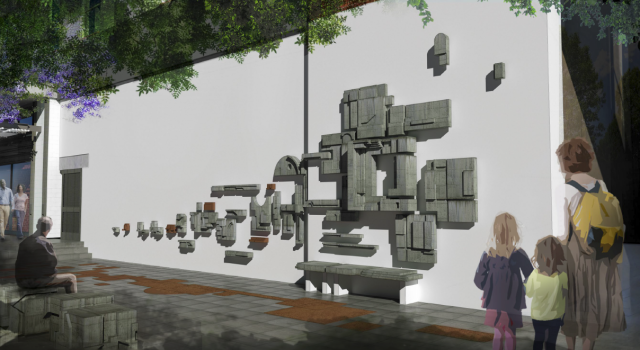 Parts & Labour is continuing to work with Aband by installing sculptures into the public realm. This time at the new Loftus Park precinct in Pretoria with a number of new commissions and the re-purposing of existing historical sculptures.

‘Landmark’ – A site-specific artwork representing and highlighting selected prominent urban elements of historical significance in the context of Tshwane City and specifically the surrounds of Loftus Park.

The artwork takes the form of a cast concrete relief sculpture which represents selected iconic urban elements in the context of Tshwane City, and in particular the immediate surrounds of Loftus Park. Those urban elements are namely the suburb of Clydesdale, various distinguished schools of the area, and the Loftus Versfeld Stadium. The various concrete blocks vary in scale, form and position relative to the particular scale form and position of the urban elements which they represent. Importantly, it is the spatial relationship between the blocks which highlights the historical importance of the urban elements as being a significant grouping or system in the history and contemporary existence of Tshwane. By extracting these elements from the overall urban map of the city, their importance as well as the prominence of Loftus Park as a site is celebrated.

From an architectural perspective, the artwork serves as a directional device, guiding people in and out of the hotel with this use of relative scale. The larger blocks representing the stadium are placed closest to the stadium itself. They gradually point toward smaller blocks representing the schools, and then to the smallest blocks which represent Clydesdale. The smallest blocks are closest to the hotel entrance, and in reality are closest to Clydesdale itself. The floor adjacent to the wall of the sculpture is considered part of the composition and receives a tiling design related to the blocks – a reflection of the elevational layout. Specifically designed seats also form part of the artwork and complete space. As such, the artwork is considered a spatial experience.

The historical significance of Clydesdale as a suburb is acknowledged by grouping it with the schools and stadium. The geometric form of the blocks is derived from the architectural language of the various urban elements which are studied. At a deeper level, the 3-dimensional articulation of the blocks is a reflection of the physical form of the terrain in the immediate area. The undulating physical landscape is a strong component of one’s experience of the city and is thus alluded to. Within the composition, some of the blocks which represent the houses of Clydesdale are rendered in a very particular hue from a painting of a Jacaranda tree by Pierneef, entitled ‘Jacaranda Tree, Swaziland’. This gesture refers to the value of the Jacaranda tree as a cultural element representing Tshwane City. The gesture is also a tribute to the contribution that artists of Tshwane have made to the overall canon of South African art. The use of the typology of the relief sculpture pays homage to the almost bygone era of this form of artwork (façade articulation, which was once prevalent in the context of South African public art). 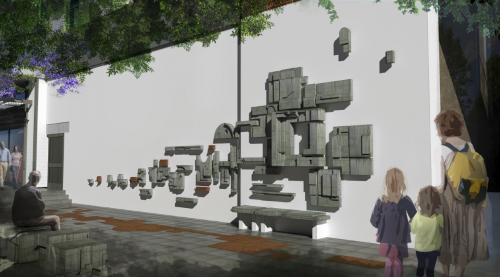 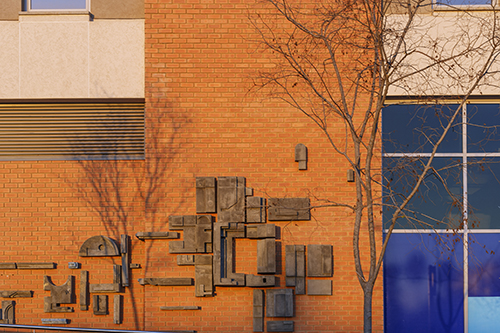 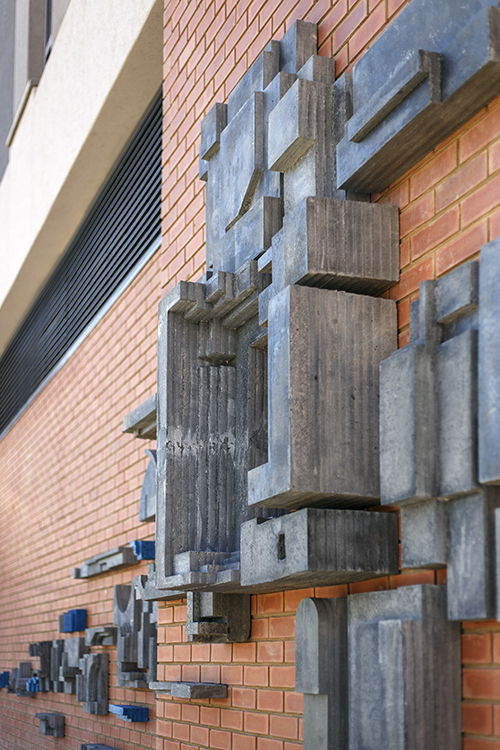 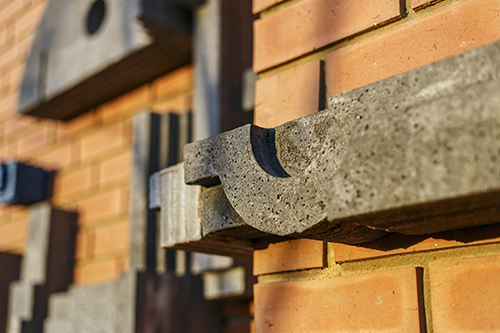 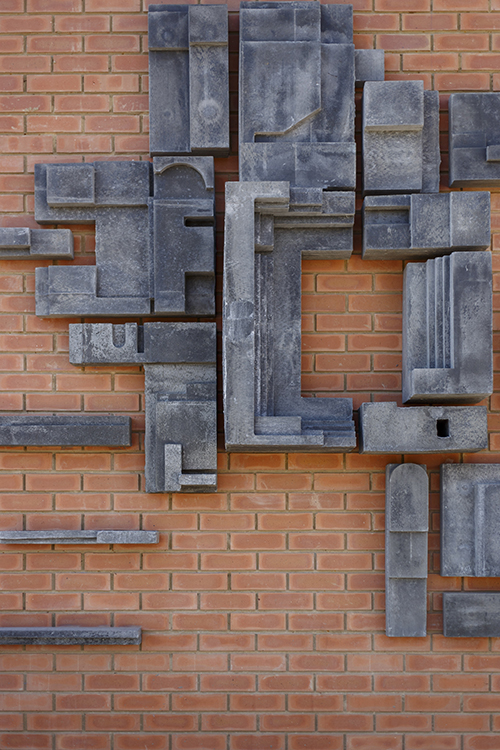 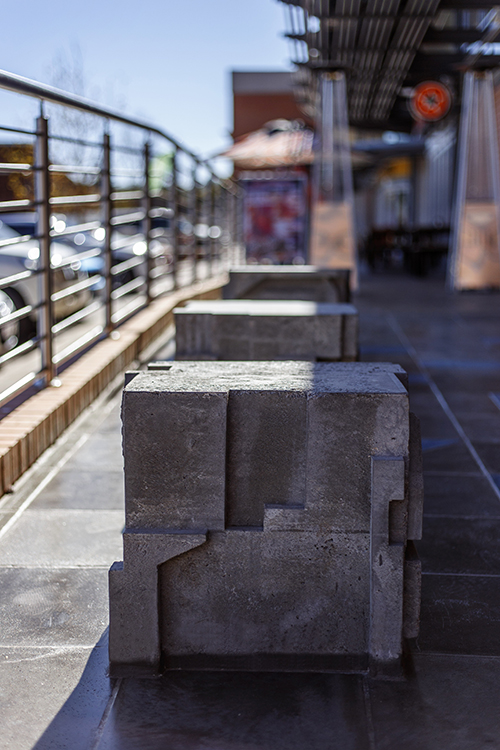 Noah Maubane is a young, african and emerging sculptor/ artist, born in the early 90’s. He is currently based in Pretoria. With no formal training in the arts; he has accumulated a vast amount of knowledge through his personal quests and researches.

He got introduced to sculpture through a short sculpting course in modelling and casting at Fried Contemporary Art Studios and Gallery under the mentorship of Sybrand Wiechers. And in late 2016 he got a major leap of what is to be his art career, when he was invited to participated in a sculpting residency at The Falconer Foundry.

At the moment Noah is on an apprenticeship at the Renzo Vignali Artistic Foundry under the guidance of Carlo Gambereni. The artist-foundry relationship has yielded growth in Noah’s creative process. His understanding of mediums (materials) has exponentially expanded. As an apprentice and artist he has found his voice.

His interest in sculpture is fixed on how sculptures captivate the viewers, as they can engage and reference with ease. The interactive nature of sculptures is intriguing and fascinating; whether it’s a sculpture in one’s hand or walking around a sculpture or better yet being part of it. Noah tries to capture expressions, gestures, feelings and movements with the works he creates. 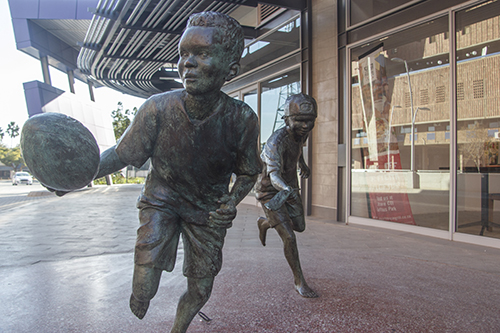 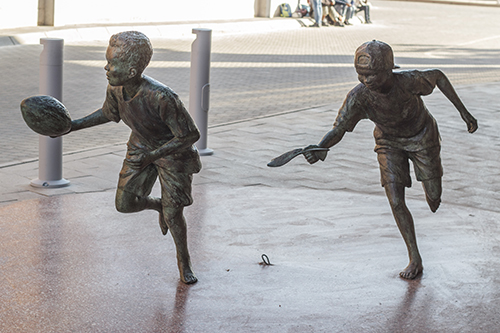 Rugby is a contact sport. The players have evolved to match the modern game’s unprecedented requirement, becoming almost super human on the playing field. The sculpture Try, No Try presents two players, one defender and one attacking. Their bodies morphing from a liquid-like base, almost machine like. The forms are larger than life humans seemingly from a futuristic world, rising to the challenge of the game. A challenge represented in an interactive playground for young and old.

Try, No Try was inspired by “tintamarresque”, the French word for the cut out figures found at fanfares and parks that people pop their heads through and pose for silly photos. These people instantly “become” a pirate, a captain, a ringmaster of a circus or a character riding a whale.

Try, No Try is a moment caught in time where two rugby players are in the midst of action. However, these characters are incomplete as they require human interaction. The young can climb all over them and slide down one of the legs. Adults can interact with the piece for fun and games and give the faceless figures identities as they pose as the defender or the player trying to score. Thus completing the final image. 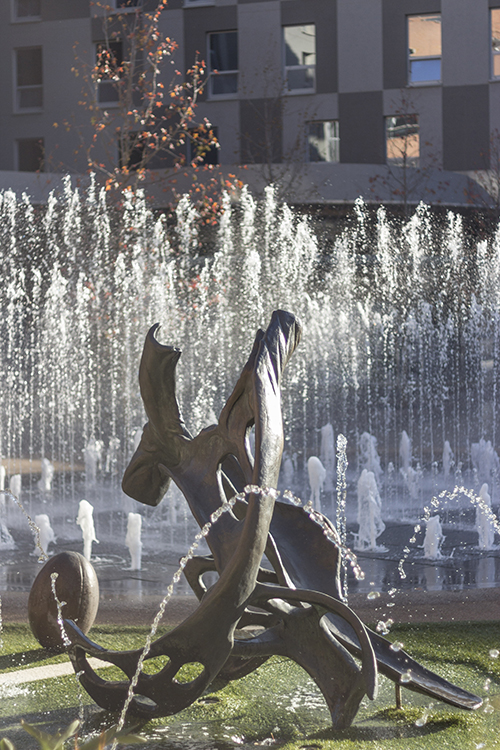 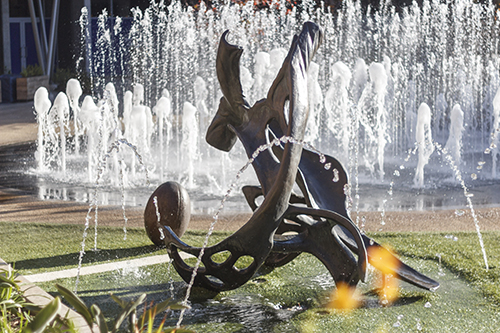 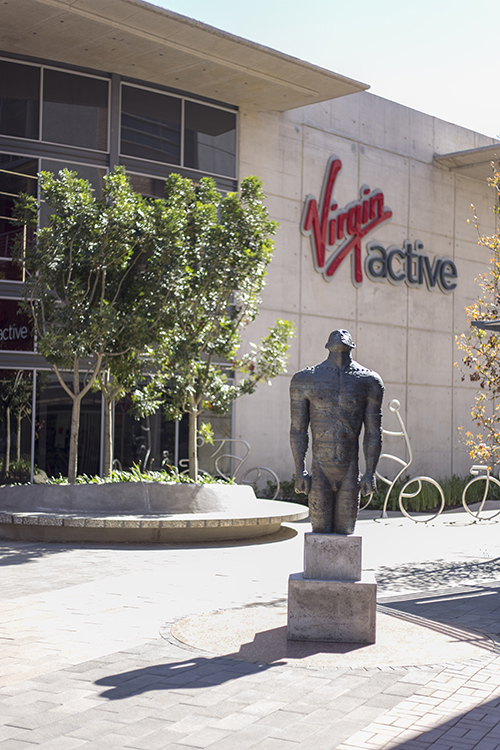 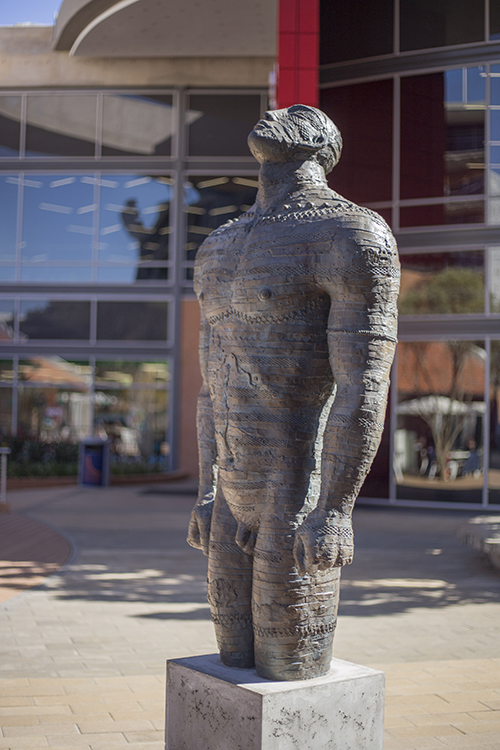