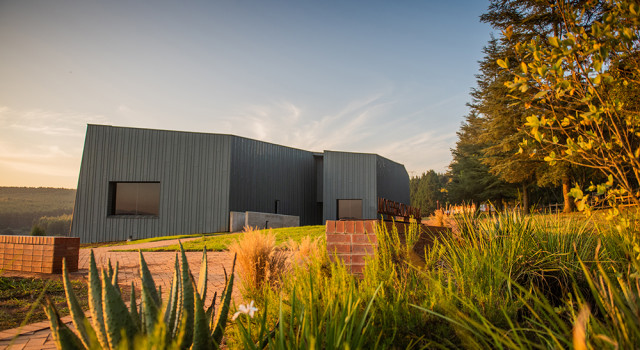 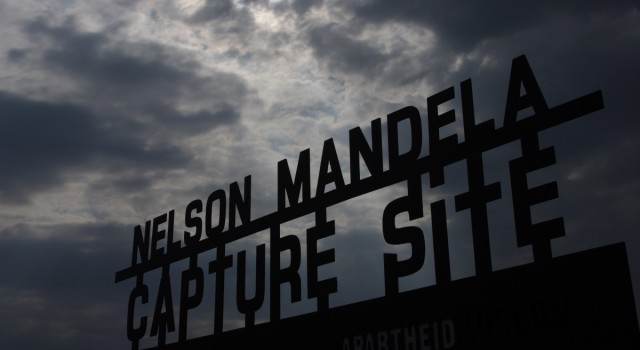 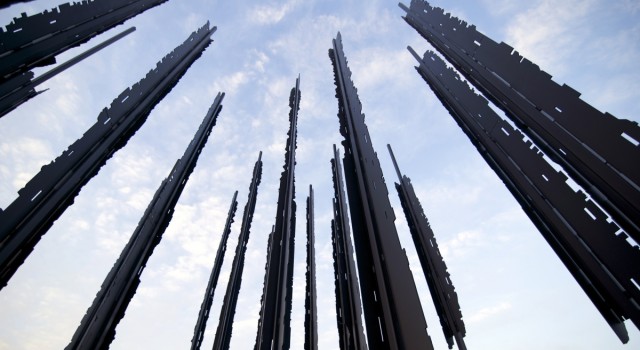 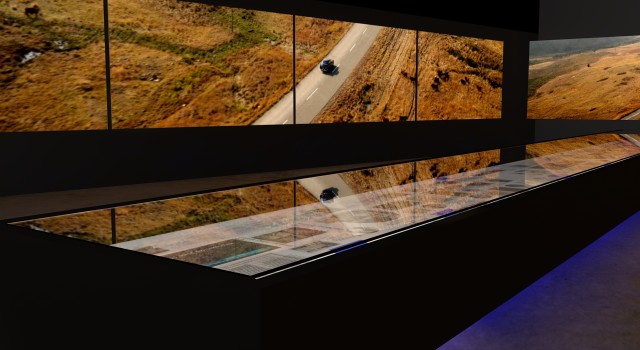 The Nelson Mandela Capture Site in Howick has been undergoing a site upgrade which includes a new 2000 m2 Visitor Centre. Parts & Labour has been working with the Apartheid Museum to develop the exhibition including a 60m synchronized surround film and a 20m long light box display with historical content.

The Visitor Centre is set to change the way South African audiences interact with museums. The hope is the museum will be the premier historical museum in KZN Natal and a leader in the way historical museums are viewed.

The Capture Site already draws tens of thousands of national and international visitors yearly through the success of Release, a sculpture of Nelson Mandela by Marco Cianfanelli and Jeremy Rose.

The Visitor Centre opened in December 2019.

Watch a VIRTUAL TOUR of the exhibition. 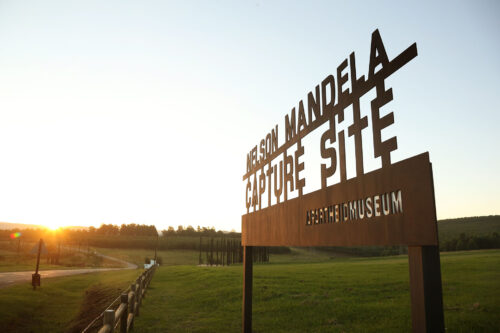 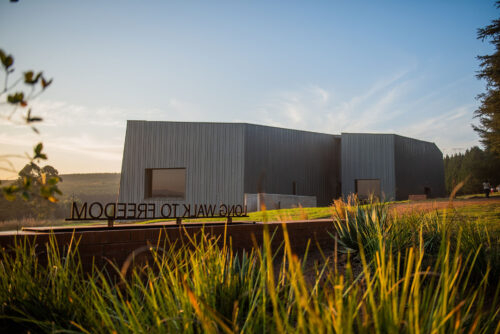 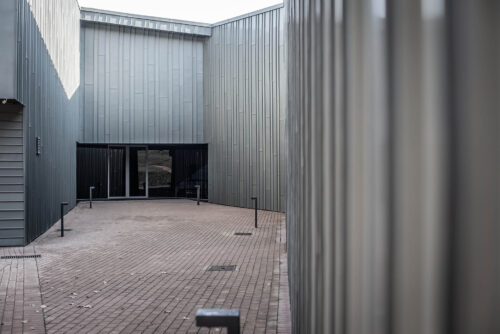 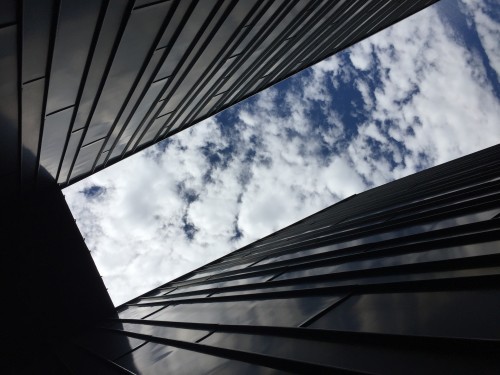 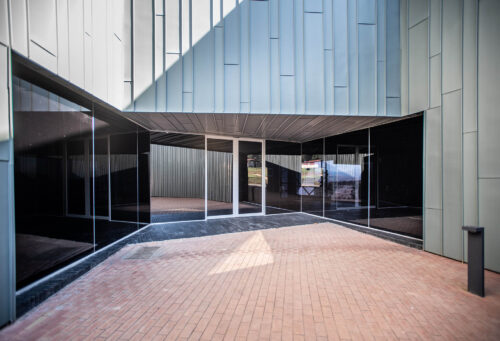 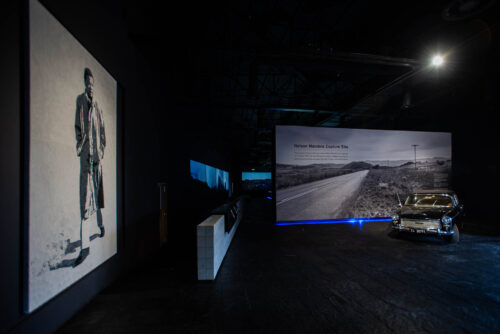 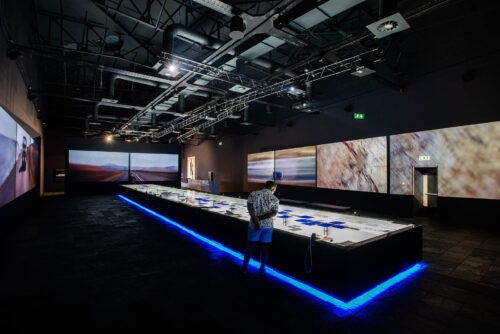 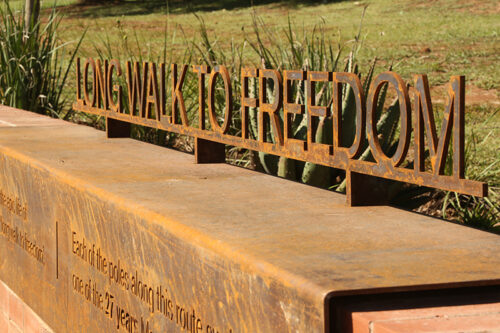 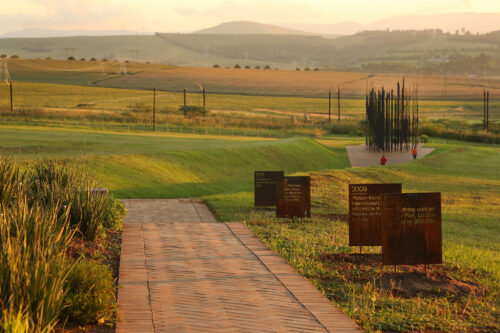 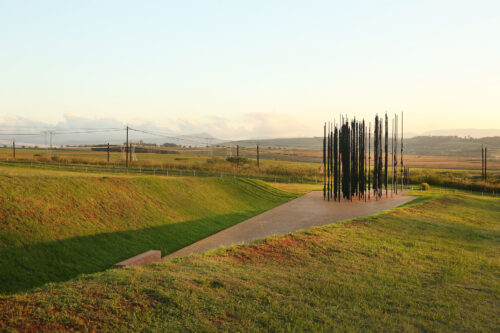 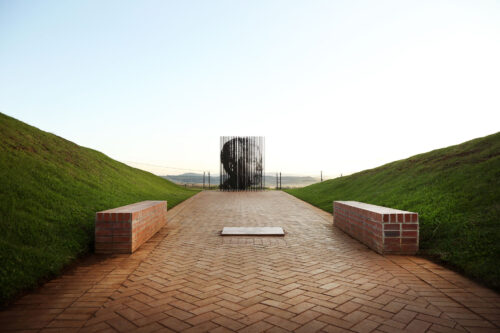 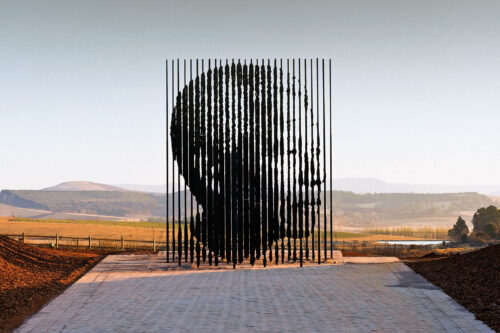 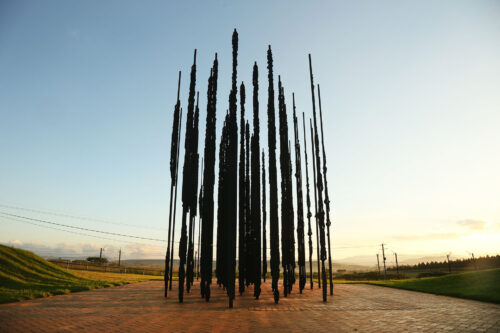 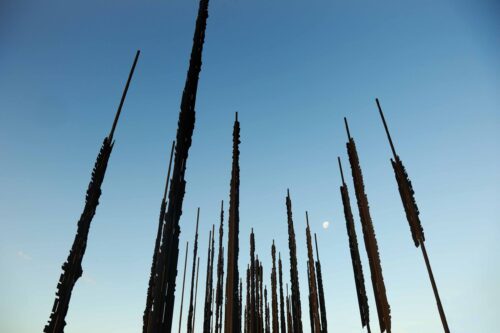 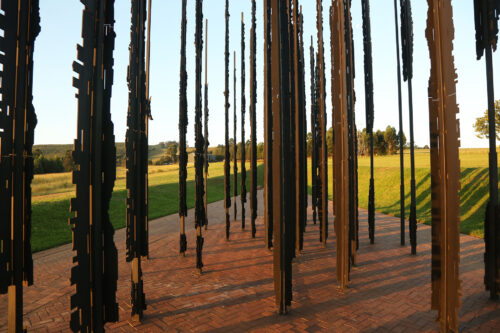 Detail view of the building facade 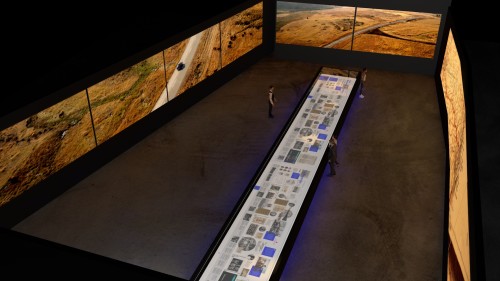 A rendering of the visitor experience showing the 60m synchronized surround film and 20m lightbox table. 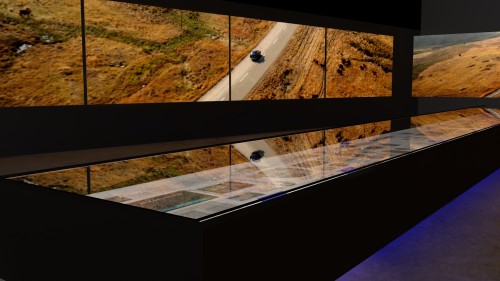 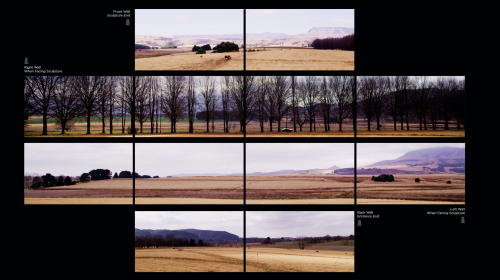 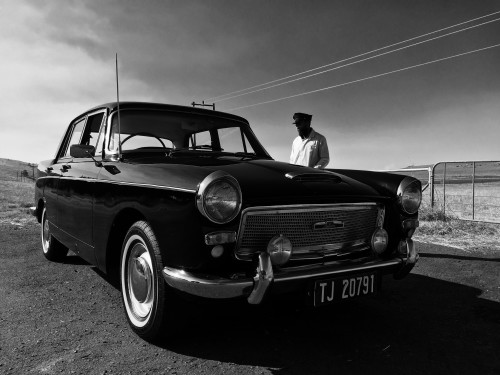 A photo of the 1962 Austin Westminster taken on set of the film. The car was the same make and model that was driven by Nelson Mandela and Cecil Rhodes when they were arrested in 1962. The car will be exhibited in the museum. 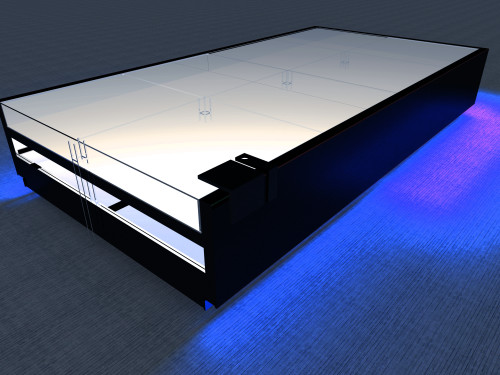 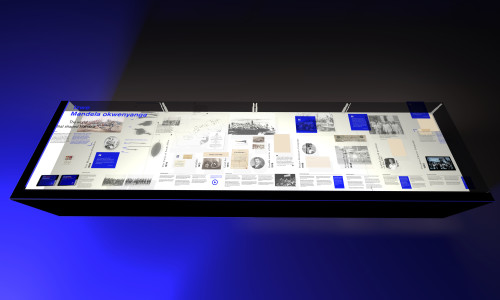 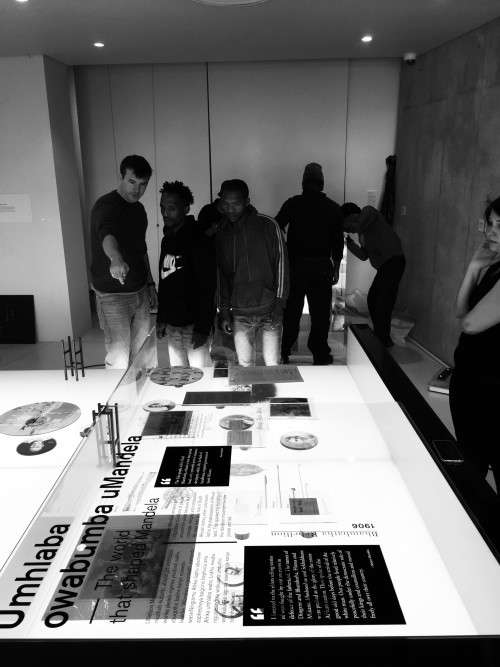 Production photos of the assembly of the multi layered light box table that spans 20m and is over 2m wide. 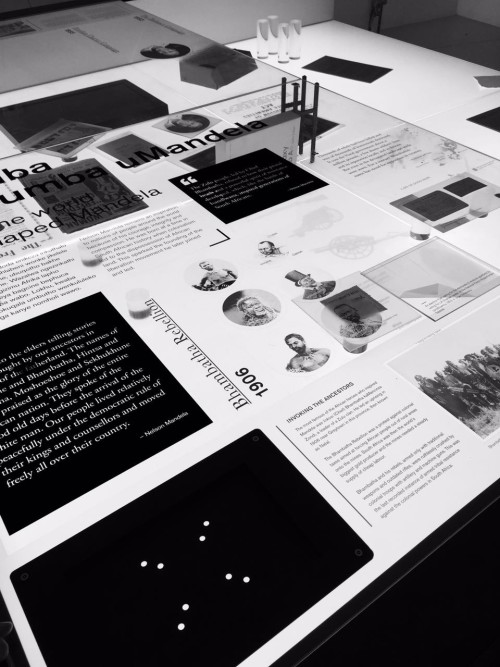 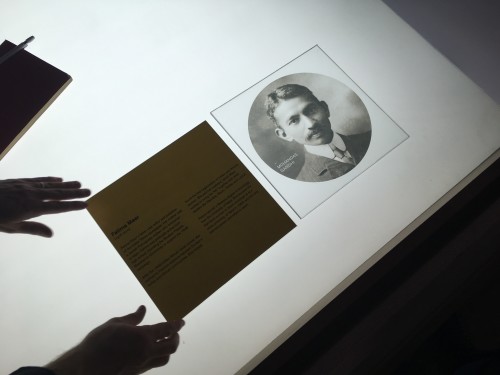